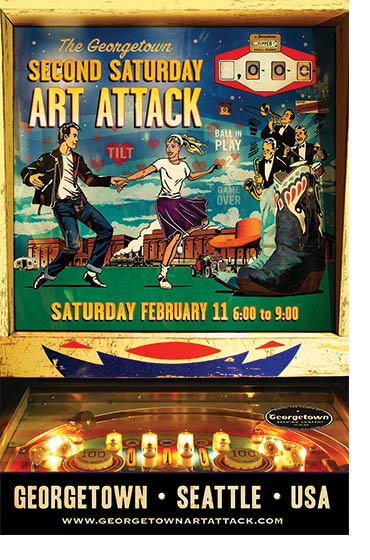 Our theme this month coincides with our Georgetown Open Pinball Tournament coming up February 26th, and our focus this month is support for the Georgetown Music Store, which was burglarized in January and suffered major losses because of it. Our press release details further information on that effort.

Highlights of the Art Walk Include:

Mary Tudor and Ferrell has an open studio to tour

The Stables is showing urban contemporary works from member artists of Twilight Artist Collective, based in West Seattle